Here is an article I wrote on the EACS Endurance back in April that somehow missed the last edition of Spotlight. 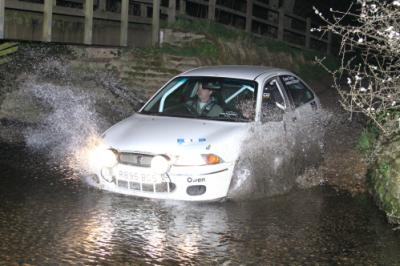 Congratulations to CMC member Owen Turner navigated by Andrew Dadswell for their fourth consecutive win on the EACS Endurance – this year by a margin of only five seconds from Jamie Turner / Ian Collings who were quicker during the Saturday selectifs but overhauled early in the night route, despite a strong challenge from Carl Hawkins / Iain Tullie.

Owen commented on the quality and friendliness of the marshalling – every single one being happy and friendly. Overall the change of format from day / night finishing at breakfast to a two-day event finishing Sunday lunchtime was well received – as shown in the feedback table below. Many crews wanted a longer night route, and / or more short sections and the Sunday leg could have been longer (if we had more venues and marshals).

Following the start at the Holiday Inn in Norwich the day route was very similar to last year’s - with two runs each at Sculthorpe, Bircham Newton CITB centre and Great Massingham airfield as well as selectifs at Langham and Anglia Karting. The tests, however, were all improved – notably at Sculthorpe with the introduction of the Bomb Dump (last used on the 1997 East Anglian Classic and with many years’ of cow manure to clear) and a lapped test around the Control Tower of around 4 miles.

The lapped test contained the now infamous Kerb that attracted Gordon Popperwell, Ed Scott and various competitors including Doug Brown and Graeme Raeburn who were fastest on the first two selectifs but retired on the third.

The introduction of a tea and cake halt at Fakenham Racecourse proved to be popular, as well as allowing our new results man Martin Dewey to be assisted by Tony Michael before Tony left for Norwich to support the Classic, leaving Martin to do an excellent job producing results ‘solo’ at the supper halt – the first time the club’s results service has run in two locations at once.

The selectifs were well received, except by the kerb crunchers, and challenging – the variety of venues and flowing nature of the design making up for the limited mileage.

The night route was much shorter than in previous years, a total of about ninety miles taking the crews from Swaffham back to the rather under-staffed bar in the Holiday Inn Norwich. The mixture of short plot and bash tulip sections, a few short and smooth whites culminating in a ‘special’ section around Brandiston airfield (which was cleaned by most crews - those who remember the East Anglian Classic night route know that it wasn’t possible to be clean on this section, partly because of the poor drainage next to the manure heap but also owing to the time schedule) received much praise after last year’s car-breaking night route in the fog.

The buzz in the bar late on Saturday evening was the highlight of the event for me – most of the competitors were still smiling after Brandiston, except perhaps Carl Hawkins / Iain Tullie who were blindingly fast around Brandiston (even catching the course car) but to no avail.

The night section Part 2 went on into the early hours of the morning but most crews were up bright and early (ish) for the finale to the rally – two selectifs (in the rain) each at Oulton Street and Brandiston. With only a few seconds separating the top crews the pressure was on all the way to finish line, Owen just managing to hold on to his slender lead.

Other notable performances from CMC crews include a fine 6th overall from Matt Endean / Dave Leadfoot, Mike Biss / Cath Woodman (welcome to the club) 7th and Geoff Lobb / Adrian Gladwin 8th but ruing the extra lap of Anglia Karting that cost 5th overall, despite being fastest on the Sunday selectifs.

Ian Mepham / Samm Keely’s self healing CV joint held together long enough for a finish, although a WD (Ian’s red-mist caused them to miss a gate hidden behind a muck pile) on the last test pushed them down to 15th.

The summary of the feedback forms is tabulated below.

Paul Barrett
Clerk of the Course