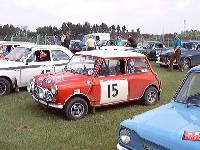 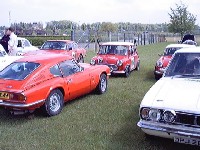 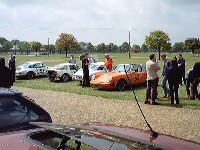 The rally is a round of the HRCR Historic Road Rally Premier Challenge 2002 incorporating the HRCR Newcomers Challenge, the HRCR Nocturnal Challenge and the HERO Challenge for pre 1960 cars, as well as the EMAMC 2002 Historic Championship. The event is based at the Holiday Inn on the southern outskirts of Norwich and once again will be supporting the East Anglian Air Ambulance, a charity that aims to provide 24 hour airborne response across Norfolk, Suffolk and Cambridgeshire funded entirely by public donation. Competitors are offered the opportunity to make a contribution using the entry form.

The route covers over 275 miles throughout north Norfolk. During the Day Legs there will be a number of special tests at RAF West Raynham and other smaller airfields and surfaced tracks, linked together with simple pre-plot and plot and bash regularity sections. The night leg will feature a 140 mile route over the classic Norfolk lanes including in at least one airfield driving test. Straight-forward navigation instructions should allow everybody to complete the route. No rough whites will be used; we will only offer smooth surfaces. On Sunday morning there will be a number of driving tests at the Norfolk Showground, followed by a buffet lunch and prize giving.