Here are the final results:

Chelmsford Motor Club is pleased to welcome you to its annual historic road rally, The East Anglian Classic. We are once again delighted to be a round of the Autosessive HRCR Clubmans Rally Championship. This year the event will again be a one day format which will allow cars requiring a waiver of permit to take part in one of the most social rallies of the year and again we will be running on a Sunday.

This year we will again be using the fabulous facilities at Barnham Broom Hotel and Country Club which lies 5 miles due west of Norwich. The first regularity will start from, and the last one will finish at Barnham Broom, so there will be no long run-out or back, although we will have a couple of short link sections during the day.

This year we will also be running The East Anglian Classic Run, a closed to club event for pre-1981 cars, which avoids the need for competition licences and Motorsport UK logbooks for Category 3 cars. Navigation for the Run will be by marked map, and the route and tests will be exactly the same as the Rally, so this will provide an ‘bridge’ between classic runs and the HRCR championship for those wishing to progress in their classic motorsport.

Again we will be supporting the East Anglian Air Ambulance, which provides airborne response across Norfolk, Suffolk and Cambridgeshire funded entirely by charitable donation. Competitors are offered the opportunity to make a donation using the entry form.

The route will cover around 160 miles throughout Norfolk. During the day there will be a number of special tests at some classic venues as well as some new ones. The type and format of last years regularities was well received and this years event will be no different although one section will be traditional plot’n’bash. We have found some new lanes for our regularities as well as new test venues.

This year’s entry fee will include bacon rolls and coffee for breakfast, a light lunch and an awards buffet where you will be able to recall the day’s exploits and hopefully collect some silverware.

The event will be based at the Barnham Broom Golf and Country Club which has easy access from both the A11 and A47, and no long run out or back. 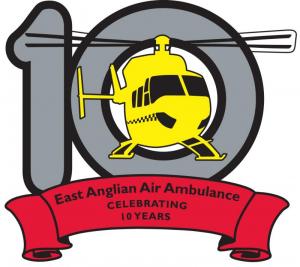